We cross the road at a sedate pace. You will next see a farm immediately to the right and further on, to your left, some poplar trees and a small pond indicate where a Romano-British Villa once stood. The train continues to descend through a cutting, with Bledlow Cricket Club on your left, where matches often take place on lazy summer Sunday afternoons. 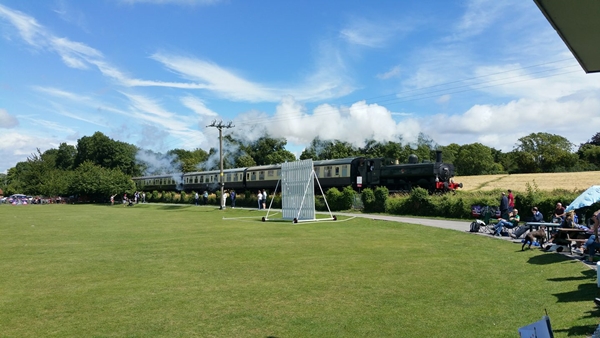